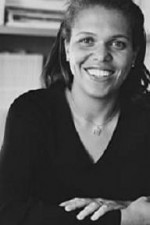 At present, Dr. Ogilvie is the Director of Clinical Prevention Services at the BC Centre for Disease Control, and is an Associate Professor at the University of British Columbia in the Departments of Family Practice, Obstetrics & Gynecology and with the School of Population and Public Health. She holds several million dollars in research grants, and is co-principal investigator of the HPV Focal trial – a randomized trial including over 30,000 women to examine HPV testing vs cytology as the primary screen for cervical cancer.

Dr. Manish Sadarangani began the role of Vaccine Evaluation Center director in 2016 and took on the role of QUEST Principal Investigator in March 2017. Dr. Sadarangani’s joined the VEC from The Children’s Hospital in Oxford, UK, where he was a Clinical Lecturer and Consultant in Pediatric Infectious Diseases and Immunology. Dr. Sadarangani plans to build a research program that incorporates laboratory, clinical and population-based studies.  His work will include studying the relationships between bowel bacteria and responses to infant vaccines, as increasing evidence points to “good germs” being able to strengthen immunity. The ultimate goal of his research is to inform evidence-based policy to lower the burden of childhood infectious diseases through vaccination.

Kim has been involved in research for 22 years, working in clinical data management for the past 17 years.  As the data manager for QUEST, she is responsible for the development, management and maintenance of all the databases including online surveys, sample tracking and the central  registry.  Kim obtained her BSc from UBC. 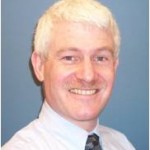 Mel Krajden oversees the Hepatitis Section of Clinical Prevention Services, is the Associate Medical Director of the Public Health Microbiology and Reference Laboratory at the BC Centre for Disease Control and a Professor in the Department of Pathology and Laboratory Medicine at UBC. His clinical research involves integration of hepatitis prevention, care and treatment. His laboratory research involves the application of molecular techniques to diagnose, monitor and track viral transmission. He receives CIHR and other peer reviewed funding to study viruses including hepatitis C, HIV and human papillomavirus and coordinates a number of industry sponsored clinical trials.