Marc Dionne is a community health specialist, graduated of Laval University, who holds a Masters in Public Health (MPH) from the Johns Hopkins University. He worked several years as a family physician and then as director of professional services and community health of an hospital. He served as Director of the Public Health Department of the Health and Social Services Ministry (MSSS).

Since 1999, he is the scientific director of biological risks and occupational health at the National Institute of Public Health (INSPQ). He is also a clinical researcher at the Centre hospitalier universitaire de Québec and associate professor in the Social and Preventive Medicine Department at Laval University. He is involved in several projects with the vaccination research team, primarily as a principal investigator (PI) for clinical trials of new vaccines. He is also involved in several monitoring projects related to preventable diseases through vaccination, nonsocial infections and sexually and blood transmitted infections . 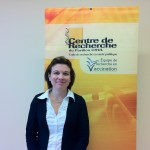 Chantal Sauvageau had completed her doctorate in Medicine at Laval University in 1999 and had obtained a Master degree in Community Health from the same University in 2002. She obtained her certificate of specialist in Community Health of the College of Physicians and Surgeons of Canada in 2004. As soon as she finished her studies, she started her career as consultant at the Regional Public Health Direction of the Capitale-Nationale where she still practices. Having been always interested in research, she joined the research team in vaccination during the year 2006 and the Quebec Public Health National Institute in 2009. She was also named Professor of Clinic at the Department of Social and Preventive Medicine at Laval University during the year 2007. She is a member of the Québec Immunization Committee, since 2008. Her principal files of research are related to the HPV vaccines, the organization of immunization services and the problem of vaccine delays.

France is leading the QUEST team of researchers in Quebec. 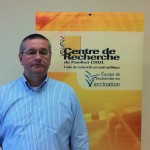 Vladimir Gilca has a background in medicine from the University of Medicine of Moldova and a PhD in Epidemiology from the Gromashevskii Institute in Ukraine. He is a researcher at the National Institute of Public Health of Quebec and at the Centre de recherche du CHU in Québec City, and associate professor in the Department of Social and Preventive Medicine at Laval University. He is particularly interested in epidemiology and prevention of viral hepatitis, human papilloma virus and influenza by vaccination. He participated in the implementation of several clinical studies, in evaluation of vaccination programs, and surveys administered to health professionals and to the general public.

Marie-Hélène is the randomized control trials investigator for the province of Quebec: